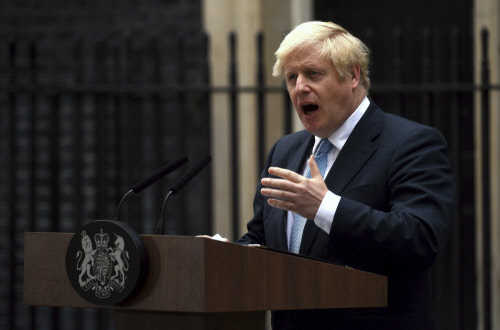 British Prime Minister Boris Johnson on Monday made an implicit warning to lawmakers that he could be forced to call an election if they tied his hands on Brexit. An alliance of opposition lawmakers are plotting with rebels in Johnson’s Conservative Party to take control of parliament and tie the government’s hands with legislation that would block a no-deal exit.

View all posts by News World